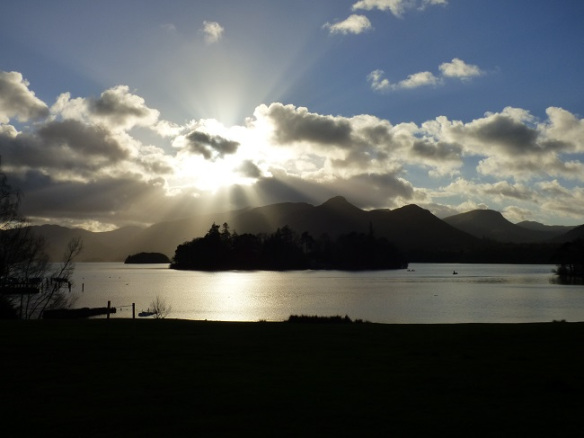 There was a shimmer of light, a shift of the shadows.

The room came into focus.

“Blow out the candles, Mikey!”

It was Mike’s sixth birthday party.  All of his friends were there.  He knew how it would end up, the disappointment and hurt feelings.

The world turned and the light shimmered.

He was in an auditorium full of people.  He heard his name and walked to the podium to receive his high school diploma. As he took it and shook the principle’s hand he could feel the years of struggle and hardship ahead.  One back-breaking minimum wage job after another, often followed by months or years of unemployment.

The auditorium spun out of control, the shimmering and flickering light dancing in strange patterns.

Looking down the church aisle. Nancy, face veiled, on her father’s elbow, was walking towards him. He smiled, but remembered the arguments and bitter divorce after six years and two kids, Max and Jen.

The world fragmented again with a shimmer and shifting of light.

Mike wasn’t inside. Where was he? The shimmer of the rising sun caught his attention. He walked to the overlook.

The sun was rising over the water, turning the world to black and gold.

No future memories haunted him, just the loveliness of the moment.

He sat down and smiled.

Max glanced at his sister then back down at Mike.

He was smiling. How odd, for Max had rarely seen his father smile during all of those years of living, and here, at the very end, he had a smile on his face.

The light caught and shimmered in his unexpected tears.

The blanket settled around Mike’s still frame, but the smile continued.

This was written for Sue Vincent’s writephoto challenge.  Besides the wonderful photo at the top of the page, Sue provided a key word, “Shimmer”.