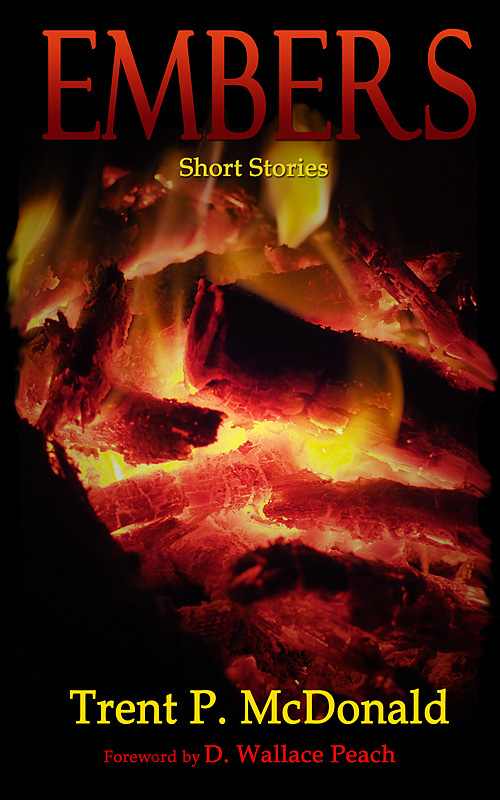 I don’t know how others chose stories for a collection. Here is the story of Embers, the book.

I wrote a list of candidates and then read through the stories twice, using a different order each time, and graded them.  I also sent most of the stories to two other people. I already knew about some, both plus or minus, so didn’t send those.  We sat down and talked about how they felt about each story.  I then took their input and my two grades and came up with a final score.  At this point I knew about half of the ones I ended up including and I knew a whole bunch I was not going to use.  It was those others, the in between stories that I liked but wasn’t totally sold that they were 100% right.  One day I just went through the list and wrote a plus or minus beside each story and that was it.  I put each story that earned a ‘plus’ as a separate file in a folder then decided on the order.  Thus I made the book.

Funny thing is that after the book was made, I started finding all types of connections between the stories.  The one that stood out the most for me was that most of them took place at twilight, either dusk or dawn.  Maybe it was just a climatic moment at the beginning or end of the day, but sometimes it was the entire story.  OK, a few took place at noon or midnight, but even in these few stories there is something that has the feeling of twilight.

I noticed other connections as well, but I will leave up to the readers to discover them :)

Meeting at that corner of time where day and night become one, where dreams and reality mix, let’s stir the coals of that fire called ‘imagination’ to discover an eclectic mix of short stories.  Each story is a bit of frozen flame, an ember, that can flare up in your mind.

These embers form a collection of “tales that cover a wide range of genres, moods, and characters, from heartbreaking and heartwarming trials of love and family to thought-provoking journeys into the future. Most importantly, the stories are peopled with richly-drawn characters gifted with unique voices, emotional depth, and the power to capture the imagination. They’re stories that will stick.” – Author D. Wallace Peach

So whether you only have time to warm yourself with a very short work of flash, or you want to get cozy and lost in a novella, there is a story, an ember, in here for you.

I am still shooting for a December 4 release date.