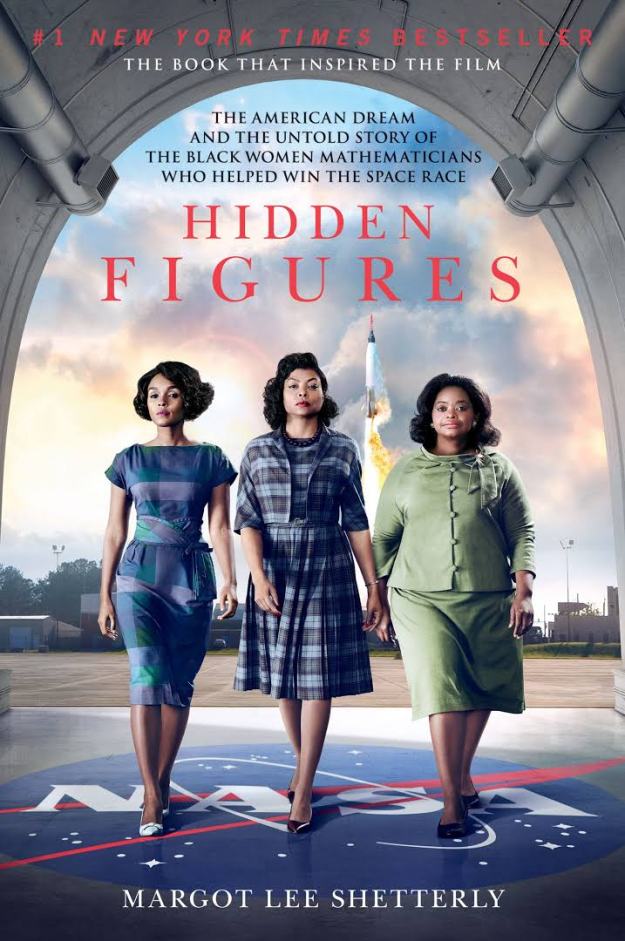 A few weeks ago, I read the book “Hidden Figures” by Margot Lee Shetterly.  I really liked the book and can’t imagine the movie covering one tenth the ground it did.  There is so much context and background in the book, and yet I know the author was still only scratching the surface.

This is not a review of the book (review = excellent.  Read it).  I just want to say something about the book, something that I thought about as I read it but that is even more relevant after the recent events in Charlottesville.

A lot of this book is about racism at its ugliest, but also how some people were able to rise above it, or perhaps “rise in spite of it” would be a better phrase.  A little background about how hard it was for people of color, and blacks in particular, to get ahead in the pre-World War II era was needed to place the events of the book in context.  There were black professionals back then, but for the most part they were segregated, dealing with the black community at much lower pay than their white counterparts.  The idea brought out in the book that they had to accomplish twice as much to achieve half of the recognition, unfortunately, is still with us to some degree to this day.

Here is the thing, though: Once given the chance, these people were able to shine.

The women in the book were very smart and well educated.  They worked very hard and kept a professional demeanor no matter the circumstances. Most importantly, the work they did was of the highest standard.

When I was reading I couldn’t help but think that so many others weren’t given the chance.  Too many didn’t have the resources to be educated.  Others, once educated, where then pushed into low paying jobs where their skills couldn’t be put to the test.

How many brilliant minds were never given the chance to shine?

How much did racism cost the world in the “what could have been”?

I do have a heart, and even though I am concentrating on the cost to the world, I feel even more deeply about the people who were kept down.

The racists marching in Charlottesville last weekend claimed that the country (USA) and all of the great things in it were created by white men and only white men should benefit from it.  This book shows the lie in such statements.

The first lie, of course, is that it plainly isn’t true that this country was built exclusively by white men.  We would not have reached the Moon without black women, and perhaps may not have won WW II.  And this is only one small instance where people of color have help create our country.  Just think of George Washington Carver, a man born into slavery who was later held up by the US administration as a major rebuttal against the Nazi’s racism.  For more, go listen to Stevie Wonder’s song Black Man.  The thing Stevie leaves out is that perhaps the most recognizable artistic achievement of our country is our music, and there is no denying that African Americans led the way – spirituals, gospel, jazz, blues, rock, soul, funk, rap, R&B, dance, etc.

The other place that this book shows the lie of the racists is what I first talked about – what can be achieved if people are given the opportunity.  A man or woman forced to do slave labor will not be making great scientific discoveries.  Time and time again, when real opportunities are presented, and not the “separate but equal” types, people who were formerly repressed rise to the occasion.

One irony of the history behind the book is that these ladies were first given the opportunity because the US needed their help to defeat the Nazis.  They worked in one of the most racist environments of the 20th century to help defeat a racist regime.  The book talks about some of the institutionalized racism of America in general and of Virginia, were these “computers” were based, in particular.  From my previous research, Margot Lee Shetterly was not exaggerating at all.  We needed to be reminded of how bad it was in the 1930s, and even as recently as the early 60s, to appreciate the accomplishments of those who did rise above.

This is supposed to be a non-political blog, but I couldn’t help doing a post like this.  First, I want to promote this excellent book.  If you haven’t read it, you need to.  But also because the events over the weekend, and many of the statements about them, show us that deeply entrenched hatreds are still here as much as they were back in Virginia in the 1940s.  But now we can all see it for what it really is.  It is the responsibility of all freedom loving people to rise against it.

Thinking of being non-political, I don’t think being anti-hate is being political.  Look at all of the Republicans that have been making comments against the racists, some even standing up to Trump about his statements on the events of Charlottesville.  This proves that being against fascists is not a left vs. right issue, it is a human issue.  It is an issue that we must all face.  And the excellent ladies in the book Hidden Figures should give us inspiration to fight for what is right.