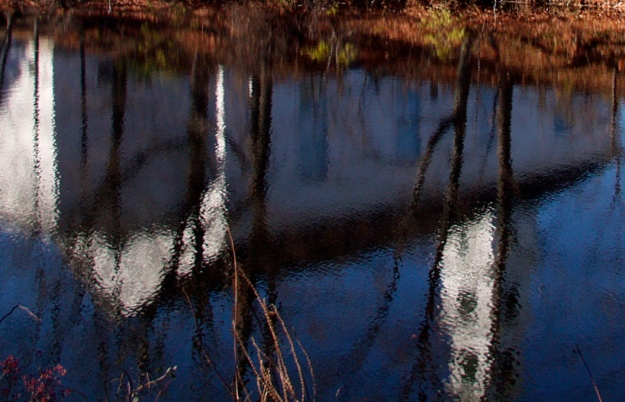 (This is the latest installment of the series that starts with The Old Mill.  The previous chapter was  A Night Out.  The Table of Contents is here)

Sunday was a busy day.  Sure, I had Jessica help me once a week with work around the place, but there was just so much to do to keep up the huge house and yard.  Of course I wasn’t too busy to send texts back and forth with Lyndsey.

Just after dinner I gave her a call.  Texts are great, but can’t replace talking.

“Thanks,” Lyndsey said.  “The traffic wasn’t bad at that hour.  And I needed it.  I got a million things done today.”

“Hey Gill, I was thinking about something odd.  I hope you don’t mind me asking, but…  It’s another one of these ‘what is it about you’ things.”

“Oh no,” I said with a slight laugh.  “Women really don’t flirt with me, really, and if they do, I promise to ignore it.  Even if it’s a teenage Martha!”

“No, no, this isn’t that interesting.  And you had better behave!  I have my ways of knowing!”  She laughed.  “No, this is different.  Uhm, where to begin?  Oh, yeah, yesterday shopping.”

“Yeah, so I went into the junk store, I mean the AAC, you know, Amesbury Antiques and Collectibles.”

“I think you were right the first time, the junk shop.”

“Right.  So I walk in, and a lady I didn’t recognize said, ‘I hear you have a big date with Gill tonight’.”

“I didn’t say anything to anyone, I promise.”

“I know.  I have a sister, remember?  Anyway, someone else came over and said something about what you said at Town Meeting.  Within three minutes there was almost a dozen people discussing what you’d said and did at Town Meeting, at the school budget meeting or when they saw you at Maude’s.  It was great, because it took them off of our date, but I thought it was weird that, though I knew a couple of them and at least a few knew me, nobody asked how my dad was doing.  He was sick last week, you know.  Or anything about my mom.  They didn’t even ask about me for that matter.  When I left, they were still talking about the issues you brought up, if not about you personally.”

“Yeah, but my question is this, what is it about you?  I know I asked that in another context, but…”

“I know I haven’t lived in Amesbury in years, but my dad has lived there his entire life.  And his dad and even my great-grandfather moved in as a kid.  You’ve been there, what, a little over twenty years?”

“And yet people talk about you, but not my dad.  I’m not jealous, lord no, just curious.  And you’re an extreme introvert and shy to boot.  Why do the people know you?  And why would the ghosts look to you instead of other people?”

“You know, it isn’t necessarily a complement that people know you.  Everyone knows Galvin…”

“Yes they do, but they don’t treat his word with respect.  They do yours.  You are an institution, almost up there with Strickland and even Maude herself.”

“I guess I never noticed.”  I was glad she couldn’t see me, because I knew my face was burning bright red.

“Ha, you seem to have a theory for everything.”

“Of course I do, I’m a scientist after all.   But my theory about this is old Laurence Wakeman.”

“Now there’s a name I haven’t heard in ages.”

“I rented from him when I first moved into town.  A little house that shared a drive with the Lancings.  If you remember.”

“I remember.  Jess hung out with Amy, though I think Amy outgrew her.  Yeah, that’s when she started flirting with you.  Jess, not Amy.”

“Anyway, I think Larry was about 70 when I moved in.  His kids had long left town.  He took me under his wing.  I think he was thrilled to have a young person move into town and wanted to make sure I stayed.  A lot of the kids had left, particularly the kids that went off to college and never came back.  To have a young professional move into town…”

“I do remember him, and now that you mention it, I remember my father calling you Larry’s shadow.”

“Ha, I did hear that some of the people called me that back then.  But he was a big man in town in his day.  He knew everyone and everyone knew him.  He was respected and people paid attention to him.  He was a selectman when I came to town, and had been for decades.  He held a lot of posts.  I sat next to him at Town Meeting when he was no longer a select man and the last few years of his life I used to talk for him.  I also started saying my own opinion and letting people know which was mine and which was Larry’s.  I was surprised that people didn’t boo me when I said, ‘…so that’s what Larry thinks.  Now myself, I feel…’ He was almost a god and for me to disagree with him, even if just a small amount and on some details….”

“You were about the only person in town that dared disagree with him, and yeah, I get it, that’s why they respected you, why they listened.  Why they still respect you.”

“I also joined the Lion’s the last year he was alive, just to make him happy.  I thought everyone there was ancient, and I guess he did too and wanted some young blood.  I do very little with them these days, but I do help out in all of their activities, so I guess I get a bit of visibility from that, too.”

“OK, OK, I get it.  My dad goes to Town Meeting, but never speaks.  He sometimes goes to the school budget meetings, but doesn’t speak.  He isn’t part of any clubs.  He is…”

“People know him, though.  And, of course Jess.  And you said you were recognized, so you, even though you’ve been gone a while.  It’s a small town.”

She laughed.  “Maybe I’m making a mistake to want to move to a place where everyone knows everything you do.”

I didn’t say anything.

“Yeah,” she said, “I understand, being part of the community.  I have never felt part of anyplace I’ve lived, and certainly not Burlington.  I do like walking into stores and having people turn to me, smile and say ‘hi Lyndsey’ like they mean it.  People down here are friendly, but they don’t know me.  I’m not a part of anything.”

“It was so odd for me,” I said.  “I was a shy kid when I came here.  Hell, who am I kidding, I still am.  And then suddenly everyone knew my name.  Larry took me to Strickland’s back when a half dozen or more men used to be there at any given time, just shooting the shit.  I used to have lunch with him at Maude’s back when everyone who was anyone in town ate there.  That’s why I still go there twice a week, you know.  But it was odd for me, someone from ‘Away’, an out of towner, to be accepted so rapidly.  To be part of it.  It was almost like a big family.”

“And if I date you, I guess I will be joining that family.”

“Well, you know, I have to think long and hard about going out with someone who everyone will be watching and all of the girls will be trying to steal from me.  You know the type, the men all want to be him and the women all want to be with him.”

“Well, if I see anyone who matches that description, I’ll let you know, but I won’t give him your number.  I saw you first.”

“I mean, who else would you rather be with when you sneak through the woods and back fields at night?  Or visit haunted houses, huh?”

“Well, Galvin seems to know a lot about those things…”

“But I bet he doesn’t dance half as well as I do, which is saying a lot since I can’t dance!”

“You did fine.  I’m sure even Martha would have been impressed, though I think she was talking about doing the Horizontal Bop.”

“OK, I should have said that she wanted to f…”

“Well, harassing you is a lot of fun, so I want to continue with that for a while.  It doesn’t make up for the fact that I can’t be near you, but it helps.”

“No, it doesn’t make up for it, does it?  But there is nothing I’d rather be doing than being harassed by you, and harassing you in return.  At least nothing with our present geographical discontinuity.”

“I won’t be geographically displaced forever and I’ll be in closer proximity to keep an eye on you soon.  But in the meantime, …  Yeah, tonight I have a few things to get ready for work.  I’m also in the middle of a book.  I might read the news online.  I hate not knowing what’s going on and I’ve been pretty bad about it the last few days.  Too busy dancing with ghosts and being chased by guys.  Or is it the other way around?  Anyway, I’ll stay busy.  And you?”

“Pretty much the same.  Reading.  Getting stuff ready for next week.  If I have time I’ll run out to the store and pick up a few things for lunches.  That sort of thing.”

“If you’re going to go to the store, you should go now.  I’m not trying to get rid of you or anything, I’m just saying.  So, make up your mind, be harassed by me for a few more minutes or actually have time to go to the store?”

“You’re right.  Damn, I did want to talk more.  But there is tomorrow.”

“And don’t flirt with the young clerks, even if they’re cute.  They’re just kids.  Sometimes I don’t know about you…”