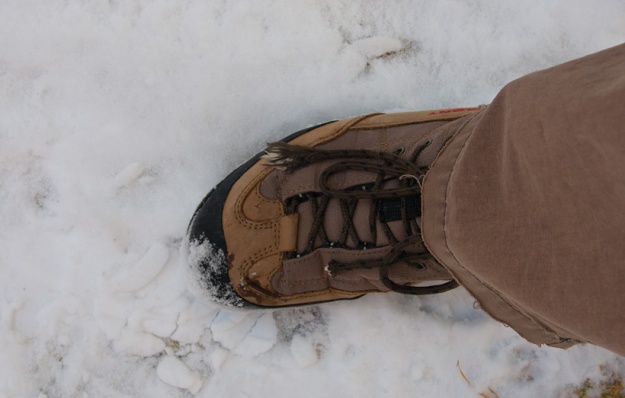 The stereotypical author is often pictured hunched over a beat-up old typewriter creating his or her magic on the spot, pounding ideas furiously onto the keys.  Of course today the “typewriter” has a softly glowing flat screen.  Well, this picture isn’t me.  I do most of my writing during my frequent walks.  Time banging on the computer is needed mostly to transfer the already written story from my brain onto the page.  Sure, I do a lot editing on the PC, but for a major revision I once again put on a comfortable pair of shoes and head out the door.  Storyline, major plot points and even the nitty-gritty of word choice are worked out on foot.

During my strolls I tend to think beyond the finished product, particularly when it comes to short fiction.  I often create a much larger, more detailed story and then whittle it down.  A lot of what gets cut might be called “backstory”.  Although deleted, it’s always kept in mind, influencing the final work.

In real life you may not know anything about a person you just met but you do know she didn’t suddenly pop into existence the second you saw her.  Her “backstory” is written all over her in ways both clear and subtle.  The words she uses, her expressions, the way she combs her hair, the clothes she wears, all of these and more are a result of the life she has led up to the point you meet her.  She is a whole, complete person.  As you get to know her you might glimpse part of her story, but not all.  It’s still there beneath the surface, hidden from view but influencing everything.

When a character first appears on the page he shouldn’t just pop into existence at that point, he should be as whole and complete as a flesh and blood person.  The details shouldn’t just be random but have a tie to who he is and where he came from.  The reader may never know much of his history but it should be there just beneath the surface influencing everything.

A goal of most authors is to create believable characters that have a life of their own.  They should be living, breathing beings that existed before the story and continue even when the eye of the story is not on them.  Give the character a past, present and future.  Think about where she came from and what she was doing just before she was introduced.  Think about what a character does when “not on camera”.  Perhaps follow him around when the real story lies elsewhere.  The character can’t just be waiting in the wings for his next entrance.

Obviously there’s not enough time in the day to follow every character through each mundane activity of their lives.  “Well, Sheila got out bed.  She went into the bathroom to brush her teeth and…”   Oh, you get it: way too much information.  On the other hand, think in general about what Sheila might do and what she would think about, particularly as it relates to the story.  Of course if part of the story is a very atypical morning for Sheila you should think of what happens on a typical one.

Often whole scenes I’ve created in my head end up on the cutting room floor.  I might refer to the unwritten scene, “When I talked to you on the phone last night you said …”  I might have written that original phone conversation in my mind but decided it slowed the story down too much, that a reference to that time outside of the story was much better.  Or there may not be a direct reference to the deleted scene but it still influences the action.

An unbelievable character or one that seems to exist only when actually mentioned can kill a good idea.  Characters need to seem real, to breathe and grow.  There are many ways to flesh out a character.  You may have your favorite.  What works best for me is this idea of backstory, giving the character a past, present and future.  Not just a list of attributes and a bulleted past, but a story with action and scenes.  Try experimenting with this concept.  Maybe Mr. Cardboard will fill out and become Mr. Real.  As always, have fun.

3 thoughts on “The Unwritten Backstory (Again)”