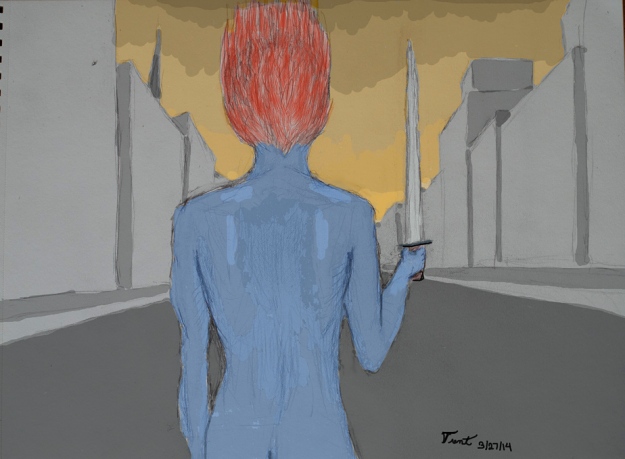 It was almost a year ago that I asked for comments on a  blurb for my book, “The Fireborn”.  At the time I was planning on sending query letters to agents.  Well, a year later and I haven’t sent out a single query.  I performed another rewrite back in November thinking it would inspire me to start the process, but even that didn’t work.  Knowing agents aren’t going to come knocking at my door knowing I’m sitting on a book I guess I really need to start sending letters out.  With that in mind, I’d like to know what people think about the following blurb.

In the shadowy area where myth and history collide, an unlikely hero is forced to save the world from an ancient Celtic curse. Dr. Elliot Everett-Jones knows that shadowy area well, having spent most of his life exploring its dimensions as given by a host of unreliable sources and imaginative speculation. His detractors, of course, would say he daydreams over the improbable plots of second-rate romantic authors and absinthe addicts. These fantasies, however, come to life after the discovery of the Cauldron of the Dead.

In my 79,000 word urban fantasy, “The Fireborn”, Elliot is forced to confront an army of the mythic undead with nothing but his obscure knowledge and the hope of finding an heir to Arthur’s sword. Even more frightening is the idea that he might have to confront his ex-wife, Eleanor.

“The Fireborn” is part joyful romp through history, myth and legend, and part fast paced adventure set in modern England and New York. The whole book, though, revolves around Elliot’s relationships with various other characters. These relationships form the key that may unlock the mystery or lead to utter defeat.

When I haven’t been immersed in Elliot’s world I’ve been practicing my craft on Trent’s World, the Blog, trentsworldblog.wordpress.com.  You can also get there through my website at www.trentsworld.com. Every week I write and post a new work of fiction. My hundreds of readers have also enjoyed almost daily doses of poetry and thoughts about creativity, the arts, imagination and life in general.

So, what did you think?  Look good?

If you have time, would you mind comparing it to the original blurb?

41 thoughts on “Another Shot at the Blurb”