A little over a decade ago I had a special toy, an Olympus E-10. This camera allowed an image quality that competed with the contemporary dSLRs but in a fixed lens format. With the real viewfinder (as opposed to an electronic one) and complete manual control the camera was very flexible. I took the following picture that first Christmas with the camera. 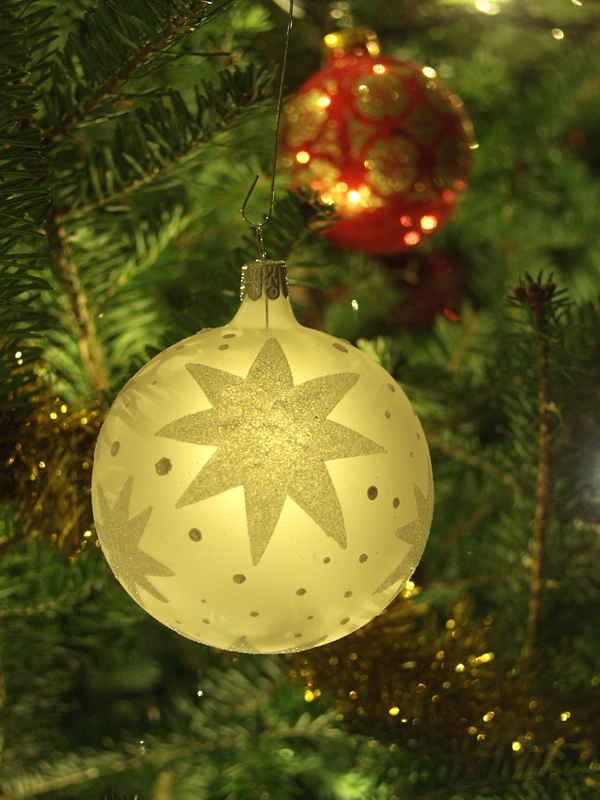 I liked this picture, particularly how the light behind the bulb made it seem to glow with its own light.

The next year I took a painting class on Renaissance technique. Why didn’t paint biblical pictures or the portraits of nobles. No, we just used a technique that was typical of painting from that era. To use this technique you had to create a very smooth surface. It was possible with canvas, but very work intensive. Then the picture was painted in grayscale. Finally a color glaze was used on top of the black and white painting. If done correctly this creates a painting that seems to glow from its own light.

What better to use for a painting that is supposed to glow from within than a picture of something that appears to be glowing from within. 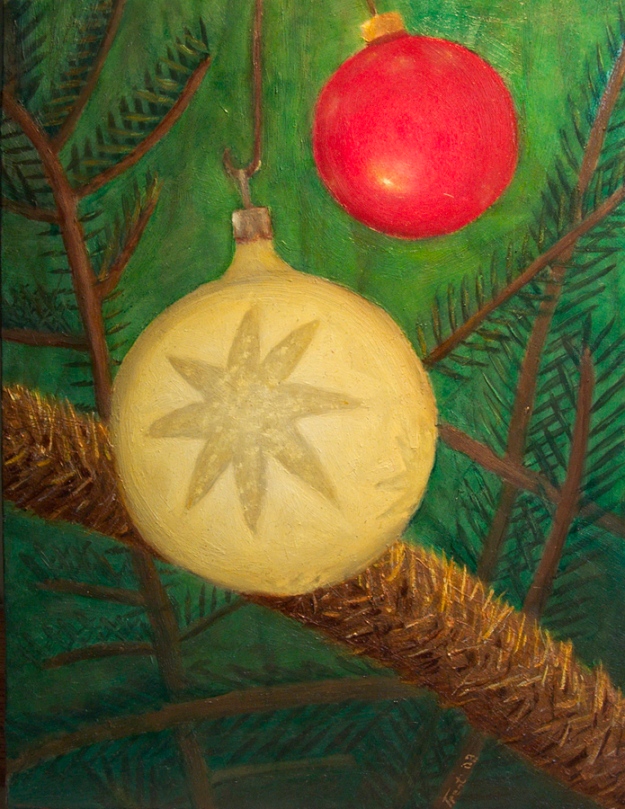 I obviously made some changes to the composition and took out quite a bit of detail but overall like the painting better.

I used to make Christmas cards every year and used both of these pictures at different times.